After the disband of Raza de Odio, in September 2011, John KillerBob together with Christo Machete, one of the most powerful rhythm section in the scene, decided to found a new band, with the aim to play raw, fast and dirty rock ‘n’ roll. The day after LJ Dusk of DyNAbyte joined the duo, completing the line-up with his scratching guitar sound. 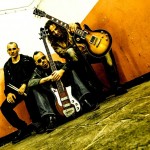 The band spent some month in the rehearsal room taking shape, and in June 2012 the power-trio entered the studio for a first recording session. The result is a bunch of old-style heavy metal songs flavoured with a pinch of raw rock ‘n’ roll that will bang your head. The songs are included in the digital demo “In the Name of Uncle Grappa”, available as free download. 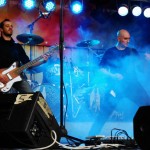 After changing the name from KillerBob and the Black Lodge into Killers Lodge, in September 2012 they began touring together with other bands such as Lucky Bastardz, Longobardeath, Dustineyes and Necrodeath, and supporting Spidkilz debut-album tour.

Unfortunately at the end of Febrauary 2013 LJ Dusk left the band for personal engagements but Killers Lodge continued touring with the support of Lopez of Raza de Odio, while looking for a new axe-man.
Finally in April 2013 Olly Razorback, a long time friend of Machete and KillerBob, entered the line-up and during summer 2013 the power-trio entered the studio again, for the recording session of the debut album “Unnecessary I“ out on January 7th, 2014. 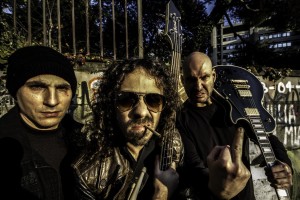 After tens of gigs, in January 2016 Killers Lodge finish composing the new songs and they enter the studio one more time for the recording sessions of the second album, titled “Alma Cachonda“ and released by Diamonds Prod. on February, 27th 2016.

All members are well-known musicians, also involved in other projects: 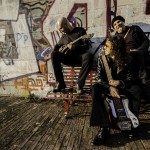 Killer Bob (from the television series “Twin Peaks“) is a demonic entity who feeds on fear and pleasure. He possesses human beings and then commits acts of rape and murder in order to feast upon his victims. He lives in the Black Lodge, a realm of pure evil which exists on an alternate plane of reality. [1]